This video of "Vårsøg" contains photos from many of Ann-Marita's performances for Scandinavian-Americans around the United States. Enjoy!

Ann-Marita was born and raised near what is arguably the most famous of the Norwegian fjords; Geirangerfjord. This area of Western Norway is steeped in traditional Norwegian culture and folklore.

Ann-Marita also lived for many years in Northern Norway, in a mining town north of the Arctic Circle.

Over the years, she collected a repertoire of her favorite Scandinavian folk and popular songs, as well as composing a set of original songs based on real-life stories of Scandinavian immigrants in the United States. Ann-Marita's Scandinavian show is a journey through the centuries, filled with heartfelt stories, tidbits of history, and joy, tears, and laughter. She has performed these songs—wearing her Norwegian bunad—at events all over the United States, from New Jersey to Alaska to California. 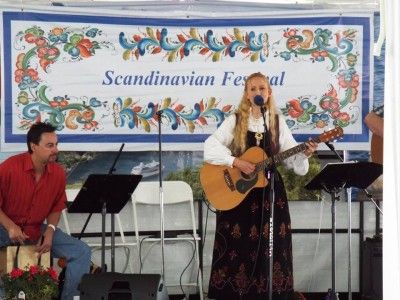 Some of Ann-Marita's past Scandinavian shows include: 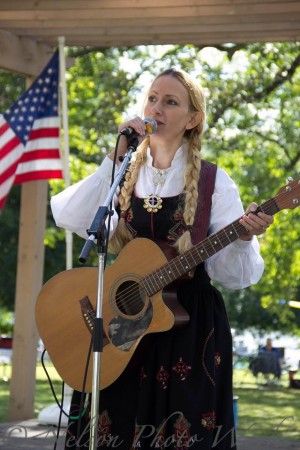 For booking inquiries regarding Ann-Marita's Scandinavian Show, please send an email from the contact page.